New York City is a siren. Give her a few days and she will seduce you with her beguiling brand of grit and glamour. Pick your passion: art, iconic edifices, Broadway shows, shopping, generation-defining restaurants. All of this – and a few slices of killer pizza – are at your disposal. Plan well and dream big. It’s the NYC way. 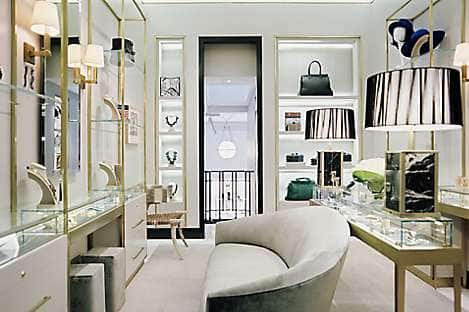 For pomp and circumstance of The Devil Wears Pradavariety, hit the Upper East Side. Barneys has nine floors brimming with the latest accessories, beauty, homeware, and indie and designer clothes for men and women. Just up the street is Fivestory, an elegant townhouse thoughtfully curated with cutting-edge fashion and objets. When the ladies who lunch need to glam it up for a gala, they have a singular destination: Bergdorf Goodman, a grand department store that marries old-school service with au courant style. The men’s store is across the street. In SoHo, Kirna Zabête sells top-tier and up-and-coming labels in a neon-bathed boutique, while fashion folk also flock to beauty brand Birchbox‘s West Broadway shop to score hard-to-find products upstairs and quick blowouts and nail services downstairs. Minimalist Zero + Maria Cornejo has a Nolita shop teeming with draped dresses and structured jackets. Around the corner, Babel Fair serves up wow factor pieces from around the globe. For out-of-the-box gifts, don’t miss the MoMA Design Store.

An abandoned railway repurposed as an elevated public park, The High Line is replete with art installations and food vendors; trek along its 2.33 kilometres to take in NYC’s iconic buildings. Alternatively, enjoy an aerial perspective atop the Empire State Building. For serious bragging rights, head to the new One World Observatory on floors 100 to 102 of the One World Trade Center, ranked as the tallest building in the Western Hemisphere. The Sky Pod elevator will whisk you to the top in 60 seconds. A helicopter ride is also a memorable way to see the sights, without queuing. A Liberty Helicopters Tour takes in everything from the Statue of Liberty to Coney Island in 20 minutes. 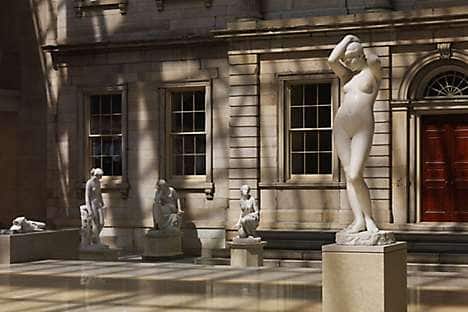 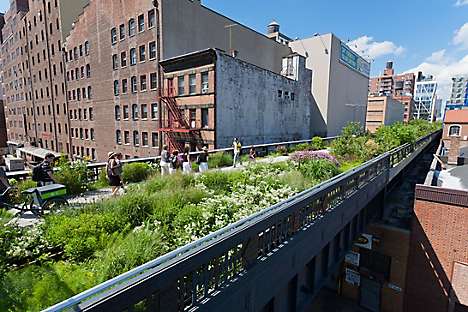 The Lake, the Zoo, the Great Lawn, the Loch, the Obelisk, the Carousel… take your time to explore Central Park. Opened in 1857, this sprawling green space boasts endless activities (cycling, boating, ice skating, basketball, yoga, jogging). Use the Central Park Conservancy’s handy interactive map for self-guided walks. Another great outdoor activity is crossing the storied Brooklyn Bridge. Traversing this 1883 landmark by foot or bicycle offers spectacular vistas of the NYC skyline. Once in Brooklyn, tackle the hipster boutiques and pizza joints. When bike rental system Citi Bike debuted with thousands of stations (open 24/7) around the city, it opened up an alternative, and hyper efficient, avenue for tourists to experience the city at their leisure. 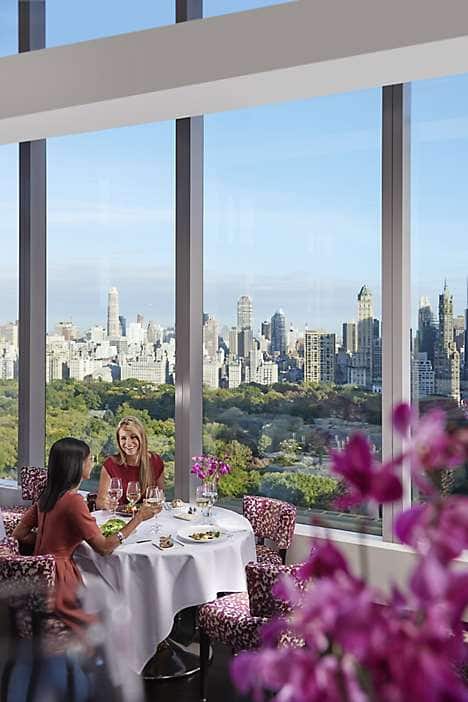 Eating in NYC is a pleasure for both the food and trend-forward ambience. Ralph Lauren’s new Polo Bar emanates Midtown bravado. The menu is upscale Americana: burgers, grilled fish, and a deluxe corned beef sandwich with horseradish coleslaw. Uptown gem Le Bilboquet‘s (+1 212 751 3036) classic French bistro fare (paired with an haute Parisian attitude) is as noteworthy as the glamorous clientele. Downtown is where you’ll find hipster boîtes with international flavours: opt for Italian at Santina, Mexican at Cosme, French at Dirty French and American at Untitled, restaurateur Danny Meyer’s new establishment at the Whitney Museum. Modern American dishes also abound at Asiate at Mandarin Oriental, New York. Thirty-five floors up in the Time Warner Center, the view is stellar. 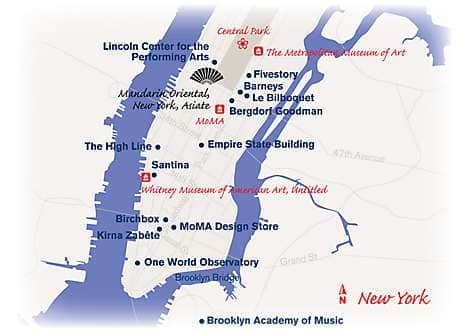 Experiencing the power of the stage at a Broadway show – and manoeuvering through the perma-hustle of Times Square – should top the must-do list of every visitor to New York. Spend an evening at the Lincoln Center for the Performing Arts, home to the New York Philharmonic, New York City Ballet and The Metropolitan Opera. For less traditional performances, multi-arts space the Brooklyn Academy of Music showcases cutting-edge artists, filmmakers, theatre and comedy. New York City is replete with intimate cabaret-style performance spaces. Joe’s Pub at the Public features emerging names in music in a funky supper-club environment.

This article originally appeared in the Mandarin Oriental Magazine